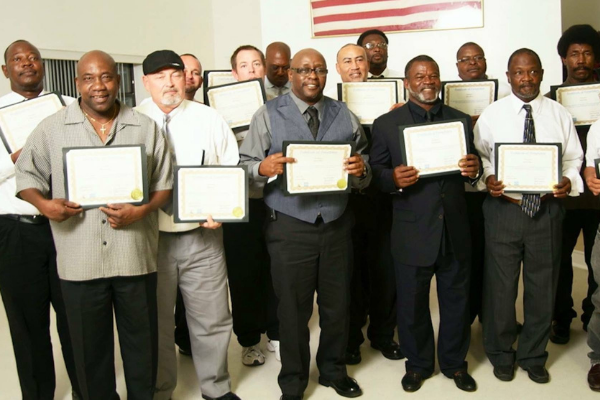 For Weendell Esthema, all doors are open to starting a successful new life.

Earlier this year, the 30-year-old Haitian-born resident of Boynton Beach earned an engineering degree from Florida Atlantic University — thanks in part to the CIRCLES Palm Beach County program that gave him the guidance and confidence to dream big.

Until recently, he was a struggling immigrant stuck in dead-end jobs without the know-how to improve his education, buy a home, and get his family in Haiti to resettle in Palm Beach County.

Weendell enrolled in the program in 2014 through the Pathways to Prosperity organization, set up a plan to work his way out of poverty, and quickly started to see results.

By attending a series of CIRCLES workshops and working closely with his CIRCLES Allies and program teammates, he gained the knowledge and found the motivation to turn his life around.

He said: “Once I became a CIRCLES member we talked to each other and shared our stories. Even when I have a bad week, I became positive because of the courage that I gained from my teammates.”

His first big step through the CIRCLES plan was enrolling in Palm Beach State College in 2009. By 2012, he had an AA degree. In 2013, he transferred to FAU. And finally, in May 2016, he graduated FAU with a Bachelor’s Degree in mechanical engineering.

As he studied, he learned to save money by working as a parking valet and customer service representative. In just two years, he managed to save nearly $20,000 while building up his credit score. He was ready to buy a house.

Today, with his two essential CIRCLES goals completed (finishing his education and buying a house), he is focusing on his final goal: bringing his wife, Choudlyne, and his three young children, Wensley, Weelky and Weelens, to Palm Beach County.

It’s not an easy task.

But he’s already overcome a language barrier to complete an ambitious education program and purchase a home. He knows he can do it, especially with CIRCLES supporters in his life.

Weendell said: “What CIRCLES did for me was help me do everything myself. In other words, they didn’t give me the fish. They showed me how to catch the fish myself.”

“Without CIRCLES, my life would not be the same. The knowledge that I gained from this great CIRCLES family has made me flexible and determined. In my mind, what I learned is valued at millions of dollars!”