Tene Fort: I Built A Better Future For Myself 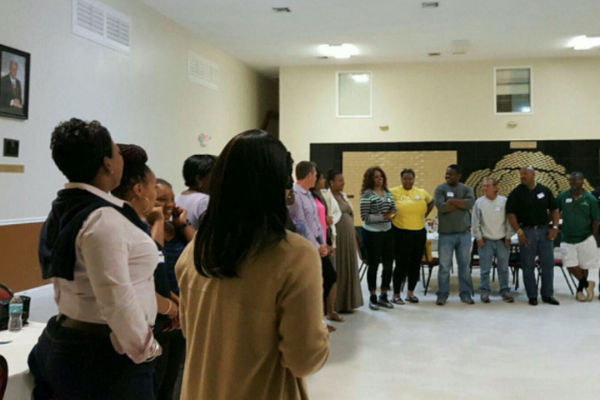 Tene Fort was lost in life when she came to our CIRCLES program.

The woman in her mid-20s had no clear plan for her future. She had no money saved. She had no idea how to budget and get things she really needed.

Over a matter of months, she got another job, stopped frivolously spending, and found the motivation to focus on her future.

And all of this happened while she was just a quarter of the way through the program.

She explains her remarkable transformation.

I heard about CIRCLES sometime last year (2015) from my mother. I signed up because I needed help. I didn’t know how to save money. I was extremely irresponsible when it came to spending money. I’d buy food and shoes and other things that were not necessities.

I was 25 living with my mother. I had no car, no place to call my own. Why was this? It’s because I would blow all my money on junk. I would start to save and then for whatever reason something would come up and I would justify why I needed to go in my savings account and take money out.

It was time to make a change. But I knew I couldn’t do it on my own. So I prayed and asked God to help me and he did.

He sent me to CIRCLES.

When I signed up for CIRCLES, one of the most glaring things was that I had no car. I used Uber to get everywhere or catch a ride with people. I felt like a beggar — always asking people for rides and if someone could take me home after work or if I could use my mom’s car to go here or there.

So my goal in CIRCLES was to be able to save up enough money to be able to buy a car. I didn’t know how to budget and I knew that if I ever wanted to get a car, I needed to learn how.

Upon completing CIRCLES workshops, I was able to save up enough money and buy a car. It has helped me professionally because I can now get to work on time and personally because I have been able to get a second job. Now I can save even more money to reach my next goal of getting an apartment at the end of the year.

I liked the unity we all formed in CIRCLES. We became a family. We had a group of people who held us accountable for what we said we would do. They were also there to share our good news, and everyone would keep each other uplifted and motivated to continue the program.

Because of the program, I now have money in the bank. I have a car. I know how to properly budget my money so that I’m not living check to check. I have two allies who are there to help me along my journey and to keep me motivated when I need it.

CIRCLES has really changed my life.